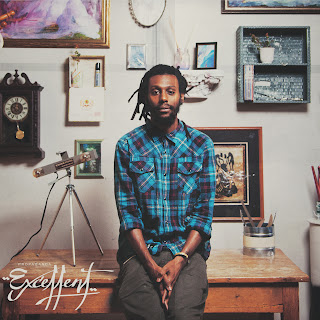 This is creativity meets rap music. You got to love what Propaganda brings to the table on 'Excellent' if you have ever fantasized the sweet junction between spoken word and hard core rap. He doesn't just serve it hot with clear lyrics that would make you wonder what story this guy's got but plus creative and sometimes ambient eclectic beats and choruses.

You don't want to miss the cello feature by  Kevin "K.O." Olusola on the seventh track plus the whole feel of track eight which is titled 'Forgive Me For Asking'

Get ready to open your windows and turn up the volume. Already gathering raving reviews and ratings all over the web, I hereby present to you 'Excellent' from the Humble Beast records Propaganda.

Yes it's free and good stuff :)

Email ThisBlogThis!Share to TwitterShare to FacebookShare to Pinterest
Labels: iRecommend 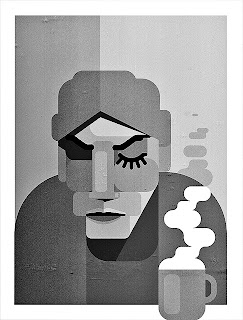 Morbid
'So what’s on the other side?'
We couldn’t ask him because he was dead, cold and gone
As they moved him from the blood stained ground, his closed eyes told a story
Of pain, anger and hard change
Of man, myth and assumptions
Of truth and what we were made for
Of an other side and the possibilities of things unseen

'What’s on the other side?'
At his graveside we mumbled lyrics from an old hymnal we didn’t believe
It was all we could use to comfort our hearts in our loss
We can’t ask the one who’s gone our question
The one around who provides us with answers we reason out and argue with philosophies
'How can it be?'
'Impossible!'
We want to EVERYTHING explained before we embrace
We want a reason to believe, even to believe ourselves
But it not just the other side that’s unbelievable
Ourselves too; the fact that one day we close our eyes and never open them again

As they lowered him into the marbled hole
He wasn’t whole enough to tell us if the rumors we have of the other side were true
I whispered a prayer which if answered would have caused a castrophe
It went like this: 'Please wake up, Just for a minute and speak. Tell us what you saw when you closed your eyes and then lie back
But answers cause that would have made history
But maybe
Maybe he has played his part
Maybe we have to choose what we want to believe about the other side
And then on the other side we are faced with what is
Cause the rumors you choose to believe never changes the truth on the other side

Why ‘Morbid’? Why something so dark? Why did you choose to discuss death? Did you ever think who’s gonna want to read it?

Oh yeah! I sure did. I had my fears in writing this like I always had my fears about death and what happens once we stepped on the other side. In fact I had my fears if there was an ‘otherside’. I think death is a topic our generation avoids and our current culture overlooks. I mean, it’s not the theme of the top charted songs on billboard or the bestselling movies in Hollywood or the newest musical video with skimpy girls on MTV. But I think it’s something humanity is destined to face, and there’s an escape, a backdoor?

A backdoor? Interesting, we would talk about that later on but before then, would you say you are fascinated with death?

No I’m not *laughs* but really who isn’t, but you know the very thought of it is dark and pessimistic. You sit down with your friends and you say “friends today we are discussing death” now that’s absolutely awkward. The whole world would term you insane and in need of a psychologist which is in some part a good recommendation but when we live our lives like it (death) never existed, I think one might be needing the same (a psychologist) too *laughs*. The consequences are also undesirable.

What are the undesirable consequences?

I think first is a lack of perspective of the view of life. Taking death into consideration, helps know life is for a limited time, you are not forever young and you wouldn’t be *laughs*. Life is more like an assignment, there’s this urgency, it’s like the colorful life is saying to us even without the theories: Do all you have to do fast you don’t know when you will be gone. Like a shop till you drop but the time limit’s been hidden from you.

Hmmm. ‘Like a shop till you drop but the time limit’s been hidden from you’, I think I like that. So talking about the verse/poem titled ‘Morbid’ there’s a young dead man who’s got a friend reflecting by his grave side and death scene. The friends have a number of questions for him about the ‘Otherside’, the friend reminiscing wants to confirm some of the rumors to know which is true but he is ‘dead, cold and gone’. What are some of the rumors we try to confirm as humans?

Oh! There are a lot! The different school of thoughts about death, some say it’s an escape to another world, some say after we die we return as animals, some say that’s the end; like that ends it and so on and on. And these many rumors about what happens on the other side, what happens when we close our eyes in fact throws us in to a limbo of not being sure of exactly what to choose. And in fact it sets a lot of people on different quests trying to confirm these rumors such as necromancy, mediums and all sorts.

Your main character in the story is desperate even to the point of offering a prayer for the dead one to come back. How is this desperation replicated in our societies?

I think it's silent and more in the style of questions that wake people up at night. Like I said earlier people hardly talk about this topic but that doesn't mean they don't have urgent and pressing questions about this.

How have you dealt with death personally?

I think for me my process started a few years ago when I came across a book by Ted Dekker titled ‘The Martyr Song’. It was a story about a little girl called Nadia who was faced with so much pain and suffering. Before then I was a Christian (and I still am) and never really considered it, it wasn’t preached from the pulpit on Sundays. All I knew about it was the nagging fear in the closet of my heart but I never dealt with it. I think for me that book set me on a quest to find out for myself the truth amongst the many rumors

So what did you find out?

A backdoor. *laughs* yes a backdoor that it can be escaped. Also that there are various forms of it, that there’s a life on the other side and that the choices we make here determine how and where we spend that life. I’m still discovering

Tell me a bit about the backdoor

The bible makes me understand that whoever comes to Jesus would not taste death and you know what, lots of theologians have explained this in various forms but I choose to take it as it is, I choose to believe this by faith. Do Christians die? Yes they do, they close their eyes and never wake up again on this side but I think this part of scripture really talks about us not experiencing that taste, that dark and deadly fang of death, that part that makes people so scared and live in fear. The Christian is exempted from this dread and I feel blessed and favored to be one. And the great part is THERE IS an other side, it’s beautiful and incomparable with this side.

Wow! Thanks. So one last word, what would you like to leave us with

That death does exist and the very fact of embracing life includes embracing the reality of it and that also there’s a back door in Jesus Christ. We could save ourselves a lot of stress trying to confirm the rumors of the other side if we embrace that.

Thank you once more, it was great chatting with you

You’re welcome; it was a joy ride talking with you

The One Thing I Would Always Regret 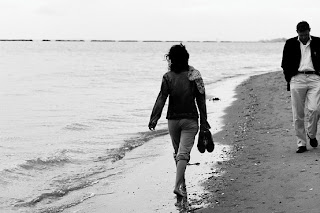 We usually talk about how each human has his or her own share of insecurities and how polite it is to 'mind our business'. But the truth never hides in the shadows for too long. Cause the only thing that makes us step away when we are given a gap so vivid to the eyes of our heart is our self and pride, the very attempt to shield our self ( I thought God already had that job, maybe we don't trust Him enough to carry it out).

On silence and maintaining the status quo: I would always wonder what could have happened in the opportunity I never ceased. It's haunting and sometimes painful. In an opportunity I never ceased, black and white could become brilliant colors, my still boring life could become a joy roller coaster ride, a prodigal could find her way home or I could change the world leaving a ripple movement for generations to come, all in that moment, all in that opportunity.

All these and more are the miracles we pray for day in and out, kneeling by our beds, clutching out pillows and sometimes crying into the long dark nights, waiting for God to show up in form of the light we ask. But what if God is showing up in opportunities; doors and gaps He wants us to walk into to show that he has indeed healed our weak knees.

Asking God to help love others more? Maybe that's why He keeps leading the most 'screwed-up' people you've ever seen your way. It's an opportunity not something to complain about.

Asking God to help you be a better leader? Maybe that's why He keeps putting you in teams that seem focus absent. It's an opportunity not something to complain about.

These are two (maybe) trivial examples out of millions cause opportunities are everywhere all around us.

Sometimes I really think we need to pause from our 'one way' prayers and just say 'Lord, can you lend me your glasses? I really need to see from your point of view' cause one thing we would always regret is an opportunity missed.

See What's On My Shelf