You Can Ask or Be Jealous. 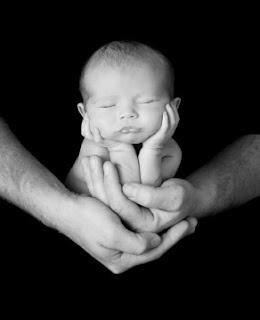 Katalina stood at the Bronze door of Emperor Gustavo’s mansion wearing rags. She crouched, bent, sighed and said a lot of things to herself. She walked, pounced and made the millionth excuse as the new maid dropped off from the Royce and asked what she wanted standing at the door. “I am here to see my father” she said as she mustered up some courage to look past the maid’s Givenchy red tinted sun glasses. “He works here?” she retorted. “No he owns here” Katalina replies with a sad smile.

‘You must be mistaken my dear’ the maid adjusted her short dress and shades at the same time. “This place is owned by The Emperor Gustavo, leader of the Learsi order, he owns no children”. “Have you checked the address ma’am? You need to check the address ma’am”.

Confidence they  say is what we need to stand up tall in dirty rags and look smashingly fly but this time all it collided with Katalina to do was to answer the maid with this words ‘I have checked the address. This place is owned by Emperor Gustavo, leader of the Learsi order, he owns many children and he is my father”

God owns many children but I see them entangled in jealousy over what their neighbors are owning, building and doing.

Can we get some things straight friend, you don’t have to be jealous of what’s going in some other person’s life, just ask. You have a father and he owns the world. Jealousy is one of the responses we can give when our eyes open to beauty going on outside our territory, the other respond is to dream beyond where we are and go to God in prayer that he would give on to us that which would make us beautiful too.

God owns many children but I see them with pouted mouths at the door not knocking, not asking, expecting something to happen. Ask and you will receive, seek and you will find, it is heaven’s protocol. Step up and stop being a naughty child.

Prayer is such a privilege and like a dance. It is boundless. We can ask and dream. This is our father’s world and nothing is too big for him to do.

Dear friend, whatever dream is on your heart this year, ask! Whatever lovely desires you are having, ask and quit fantasizing. Forget what didn’t happen last year. Press pass the pain and anger and what people didn’t do for you. This year you can be what God has called you to be. It doesn’t have to be flashy like your neighbor’s but you would know that you are in your God ordained place.

Happy New Year! Make prayer a priority this year. It’s an opportunity to ask from the father, be with and dwell where he’s placed us and remember: When you see extravagant beauty outside your territory, you can respond in two ways, Get jealous or pray. Choose the later friend, ask your Father.

See What's On My Shelf